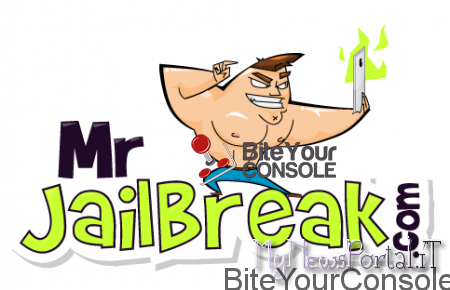 Current Update:
Some Good News & Bad News
Hey guys, I know i said I’d update my blog yesterday but it was such an exhausting day i really didn’t have the strength to do anything to be honest as all of this is starting to get on top of me now but anyway as promised here is the current update:
So i went to see my solicitor yesterday and had a long chat with him before i had to report back to the Police Station for my bail, My solicitor has seen my blog So hey Eduardo i love you bro!!
He has advised me to close my blog down and stop everything, so basically leave the PS3 scene not because anything legal could result in me keeping it open but just advised i do close the blog down but i have kindly declined that which he isn’t pleased with lol but is going to support me all the way anyway isn’t that right Eduardo!!
So anyway when i got to the police station basically what happened was i showed up for my bail date and Eduardo had a talk with Officer in charge of my case and i asked when am i going to get my equipment back as i was told it would be back with 10 days as they cannot keep it for longer as there is no evidence that i released the jailbreak and because of that fact i am legally due my equipment back, the officer in charge contacted the TSI who are the ones who have my equipment and he was told that new evidence was found on my computer about other hacking software distributed and that he would be over to the station to question me, So i had to wait until he turned up (fat twat took forever!!) So when i went in questioning i was asked if i had released any other type of software i had released and when he asked that i knew exactly what he was talking about and that was me posting backup games and software for the Nintendo Wii so i had no choice but to admit it, So anyway i asked a few more questions and i answered them and to cut a long story short i was asked if i had any questions for him and i asked when i would get my equipment back and he told me i would be re-bailed pending further enquiries and that they had got a warrant to hold on to my equipment for a longer period of time, I asked another question which was what was going to happen to all my software that was on my computer, would it be destroyed along with my equipment and he said “The only software that would be removed from the computer would be the ones that they have evidence of that i released” So the good news for people who only give a shit about the Jailbreak and don’t really give a crap about me is that Your Jailbreak is safe, They cannot delete it off my computer as they don’t have and won’t have any evidence that i have released it yet as i haven’t.
So you don’t have to worry about that.
Now i know there are still going to be the haters who say that I’m still telling lies which is draining as fighting against you guys when I’m fighting for you is a real kick in the teeth, So just to prove to the haters that i do not have my equipment then if you have ever had something taken from you by the police or TSI then you will know yourself that you have sign a confirmation to accept that the goods have been held by the TSI so for all you haters here is a copy of the confirmation sheet i scanned, obviously i have blanked a few things out as I’m not giving any of my personal details out so you can use it but everything is here for you to see: (è l’immagine postata sopra)

Now I’m due to report back to the Police Station on 17th February 2012 so I’m hoping to get some more news then, and Eduardo is gonna continue to get updates for me and i will continue to update you guys as soon as i get the updates myself, So at the end of the day all is not lost, The TSI have no proof i released the Jailbreak and they won’t find any proof as i haven’t released it so because of that simple fact they cannot touch that on my computer so it’s a matter of not if but when ok guys, Stay by my side and continue to fight as Sony the greedy bastards won’t win this!! PEOPLE WHO PAY THERE HARD EARNED MONEY SHOULD BE ABLE TO DO WHATEVER THEY FUCKING WANT WITH THE PLAYSTATION THEY BOUGHT WITH THERE OWN MONEY AND WE WILL CONTINUE THE FIGHT AGAINST SONY UNTIL WE WIN!!!