OS X Mountain Lion Developer Preview 3 is prerelease software. Do not use this prerelease software in a commercial operating environment or with important data. You should back up all of
your data before installing this software and regularly back up data while using the software. You will not be able to upgrade from the OS X Mountain Lion Developer Preview to the ﬁnal
release.
If an installation of OS X Developer Preview 3 fails, try using Disk Utility from a Recovery HD to repair the disk.
Architecture Requirements
The OS X Mountain Lion Developer Preview supports the following Macs:
• iMac (Mid 2007 or later)
• MacBook (13-inch Aluminum, Late 2008), (13-inch, Early 2009 or later)
• MacBook Pro (13-inch, Mid-2009 or later), (15-inch, Mid/Late 2007 or later), (17-inch, Late 2007 or later)
• MacBook Air (Late 2008 or later)
• Mac Mini (Early 2009 or later)
• Mac Pro (Early 2008 or later)
Known Issues
– On systems with FileVault enabled, canceling the restart to the Mountain Lion Developer Preview 3 Installer may leave your system unable to present a password dialog at boot time. You
can repair the problem by holding down command-R to boot to the Recovery OS and then using Disk Utility to unlock and Repair your volume.
– Installing OS X 10.8 over 10.7.2 or earlier with FileVault turned on may fail
– Pre-Lion FileVault user accounts are not supported in this Developer Preview
– Some Apple menu items such as Restart may not work when a sandboxed app is in the foreground
– iTunes no longer syncs Notes
– Mail’s photo browser cannot access the iPhoto library
– Back to My Mac doesn’t work for the ﬁrst 5 minutes after rebooting
– DVD Player may not launch after inserting a DVD on some systems
– Most help topics are unavailable in this Developer Preview
– In the Recovery HD:
– Some icons may be missing
– Network Utility’s Lookup pane does not work
– Time Machine restoration via a AFP share does not work
– Restoring from a Time Machine backup via AFP does not work
– Migration from a Time Machine backup that excludes paths such as /System may yield an unusable system
– Brightness settings may change unexpectedly after reboot
– Display brightness may be dim after sleep or reboot
– If Mail is hidden at logout time, it may not be correctly relaunched during a subsequent login but will appear to be running
– Java applets may not work in Safari
– QuickTime screen recordings may produce corrupted videos or cause an exception when run on machines with NVDIA graphics
Game Center
– In this seed, the Game Center application will view Production data by default. Games in development will be programmatically switched to use the Sandbox server environment
– No Top Games are displayed on the Me tab and no game recommendations are shown on the Games tab
– To use Game Center in your game on OS X, you must install a provisioning proﬁle that enables Game Center for your app. Code signing, entitlements, and provisioning proﬁles are all
described in detail in Tools Workﬂow Guide for Mac
– Multiplayer gaming with Game Center between iOS and OS X is not available in this seed
– In the Game Center app, game detail information such as game provider, pricing, etc. is not displayed

– The local peer-to-peer GameKit API (GKSession, GKPeerPickerController, and related classes) is not supported 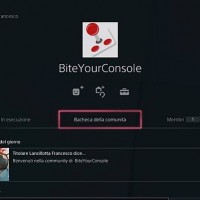