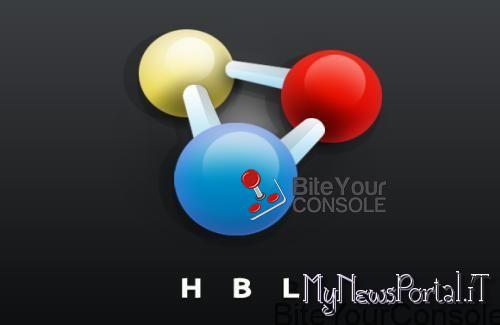 The day Sony stood still (and a date for VHBL!)

This has been a tough week for lots of you, coming to my blog everyday to see that no new information was available about the release of VHBL. Trust me, it’s been a much tougher week for me, making sure things go according to my humble plan, coping with a few more issues than expected, and overall, taking all the insults about “being a faker” or “trying to boost my ego” without being able to say anything else than “please trust me”.

Ok, let’s reveal a few essential things here, starting with the bad news: The game used by Teck4’s exploit is not available on the US vita store. Blame Sony and their “275 out of 900 PSP games available for your vita” scheme for this, not us. Part of the waiting time was to see if Sony would add this game to the US store at some point. It is obviously compatible since it is available in other continents, so my guess is that this is a marketing or a legal decision. Long story short, people in the US who want to enjoy HBL on their vita, for now, will have to create a European (or HK, or JP,…) PSN account, buy a PSN card for that specific store (google for online shops that can sell you those and email you the code within a few minutes), and buy the game from there. A 20 euros card will cover for the price of the game as far as I know (Update: a 20 pounds card will be enough on the UK store).
This also means you’ll have to “link” your vita to a European store every time you want to use HBL. Yes, it’s super impractical, yes, it makes HBL even less likely to be interesting for you if you’re in the US, but no, that clearly was not part of the plan. The game is, after all, available on the US PSN Store, just not for the vita.
I do not plan to wait even more until Sony adds the game to the US Vita store, since that could pretty well never happen, and is wasting everybody’s time (people waiting for HBL in Asia have been waiting for this release for almost 3 months now, keep that in mind if you are one of the few who complained that you had to wait for a week). We waited a week for good measure, and saw that Sony is not adding PSP titles on a daily basis.
Waiting in hope for the game to be added to the US store is not the only reason that I “waited” for the release, but that’s one of the reasons. Another reason is that there is a maintenance of the PSN, inconveniently scheduled on march 1st, that is, basically 2 days after I initially planned to publicly reveal the name of the game. After discussing with a bunch of people, I’ve decided to wait until after the PSN maintenance to reveal the name of the game. Best case scenario, the game magically appears on the store and everybody’s happy (I wouldn’t dream about that), worst case scenario, the PSN update patches some of the vulnerabilities used for VHBL, and we’re screwed. So we’ll see…
I’m using the opportunity to remind everybody that HBL is only a PSP homebrew loader. The exploit and HBL do not give you any access to PSP isos, or vita isos, or the vita system, or anything like that. Even compatibility with PSP homebrews is limited, so basically you’re better off getting a hacked PSP if playing homebrews is really what you want, and you’re better off going elsewhere if piracy or pure vita hacking is what you’re looking for. Basically, this hack is for those of us who want to be part of the “first step”, however insignificant that step might be. Other people should not buy the game and then blame me for spending their money foolishly, the choice is entirely yours.
I’m just trying to cover my #ss here: don’t go and buy a PSN PSP game for your vita if you’re deeply expecting something useful out of this. You should buy the game first to play it, second, as a bonus, to get HBL to (maybe) work with it. Again, HBL has been confirmed to work by a few people already, but I cannot predict if Sony will do a magical trick to patch the game under our feet.
Unless something goes wrong, the name of the game will be publicly announced here on March 2nd, after the March 1st PSN maintenance (give me up to 24 hours, I’m not necessarily in the same timezone as you and I also have a real life). The files for VHBL itself will be available shortly after that.

This website uses cookies to improve your experience while you navigate through the website. Out of these cookies, the cookies that are categorized as necessary are stored on your browser as they are as essential for the working of basic functionalities of the website. We also use third-party cookies that help us analyze and understand how you use this website. These cookies will be stored in your browser only with your consent. You also have the option to opt-out of these cookies. But opting out of some of these cookies may have an effect on your browsing experience.
Necessary Sempre abilitato
Necessary cookies are absolutely essential for the website to function properly. This category only includes cookies that ensures basic functionalities and security features of the website. These cookies do not store any personal information.
Non-necessary
Any cookies that may not be particularly necessary for the website to function and is used specifically to collect user personal data via analytics, ads, other embedded contents are termed as non-necessary cookies. It is mandatory to procure user consent prior to running these cookies on your website.
ACCETTA E SALVA
Posting....